HB 434 HAS PASSED THE HOUSE.  THE BILL IS MASSIVE IN SCOPE.

IT IS UNDER THE RADAR AND NEEDS PUBLIC ATTENTION AND PUBLICITY!

Hb 434 authorizes the creation of a new Ohio agency that would do research and development on new nuclear reactors. AND they want Ohio taxpayers to fund it! This nuclear agency would be out of reach of the Ohio Open Records Act, Ohio ethics laws, the Sunshine Act, and more.

Please contact your Ohio Senator and tell her/him the flaws in this bill. Go to https://www.legislature.ohio.gov/ where you can find your senator’s name and contact information by putting in your address.

Please save your letters, as there will be a need to write testimony on HB 434 when it is heard in the Senate Energy and Public Utilities Committee.

OUR MISSION:  With a focus on Ohio and Lake Erie, we serve as a networking and information center for people and organizations concerned about nuclear power, nuclear weapons, radioactive waste and the radioactive contamination of air, water and soil.

We are working for a just transition from unsustainable nuclear power and fossil fuels to renewables and energy efficiency.  We connect the dots between the nuclear industry, militarism, and social justice struggles.

We focus on three major nuclear sites in Ohio (details are under the headings, below):

·   Davis-Besse nuclear plant east of Toledo on Lake Erie, and

·   We call special attention to Battelle Memorial Institute in Columbus, a Private Nonprofit Charitable Trust that manages 6 nuclear weapons laboratories and has received billions for nuclear weapons research and development. More information on Battelle is below. 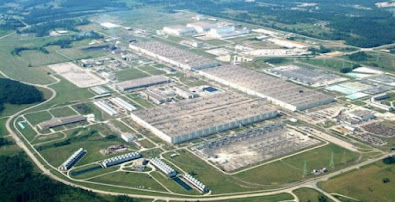 Uranium was enriched at the Portsmouth Nuclear Site in Southern Ohio for over 50 years. The massive project covered 100 acres under roof.  The Department of Energy brought in high-level radioactive waste from other sites and ran it through the buildings, contaminating the entire site with plutonium and other radioactive elements. Now a cleanup (or should we say coverup) is underway.
THE PORTSMOUTH NUCLEAR SITE at Piketon, Ohio:
Without doing the required Environmental Impact Statement on either, the Nuclear Regulatory Commission is planning to license two new warmaking industries at the Portsmouth Nuclear Site.

NEW PORTSMOUTH WARMAKING INDUSTRY #1:  The Department of Energy has given a $115 million unbid contract to the Centrus, LLC to make weapons-usable uranium.  Our lawyers have sent NRC a Petition for Review of their Environmental Assessment and will continue our challenge.  See our flier Ohio, Centrus and the Nuclear Bomb.

Centrus would enrich uranium in these buildings on the Portsmouth Nuclear Site at Piketon, Ohio

NEW PORTSMOUTH WARMAKING INDUSTRY #2:  The Nuclear Regulatory Commission is licensing the company Mid-America Conversion Services, LLC, to make depleted uranium for warfare. Instead of isolating Portsmouth’s dangerous, radioactive depleted uranium waste from the environment, the government is planning to use it in tanks, shells and bombs in lands where the U.S. has military conflict. See our flier Portsmouth Conversion Facility to Make Depleted Uranium for Warfare. 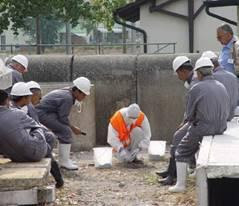 Radioactivity flowing toward Little Beaver Creek.
Without doing the required Environmental Impact Statement on either, the Nuclear Regulatory Commission is planning to license two new warmaking industries at the Portsmouth Nuclear Site.
~ ~ ~ ~ ~ ~ ~ ~ ~ ~ ~ ~ ~ ~
See our flier on (click link:)
BATTELLE MANAGEMENT OF DEPARTMENT OF ENERGY NATIONAL LABORATORIES:

Here in Ohio, a dangerous crossover between civilian and military nuclear technology is underway. Centrifuges are being built at Oak Ridge Laboratory, managed by Battelle, that can enrich uranium to weapons grade. These have been shipped to the Portsmouth Nuclear Site (PORTS) in Piketon Ohio.

OUR MISSION:   With a focus on Ohio and Lake Erie, we serve as a networking and information center for people and organizations concerned ab...